Today’s post is going to be a little like how my brain is reacting these days…a total mish-mash of ideas, art, photos and whatever else happens to come along.

I wanted to share this from last year. It was taken near Yosemite National Park. Sometimes the majesty of a creature just stops you dead in your tracks.

In other areas of my life…my garden is just lovely. The hummingbirds are going crazy as the flit from flower to flower. While I love the flowers I have to confess I hate the weeding and unfortunately doing it in 90+ degree weather doesn’t motivate me in the least. 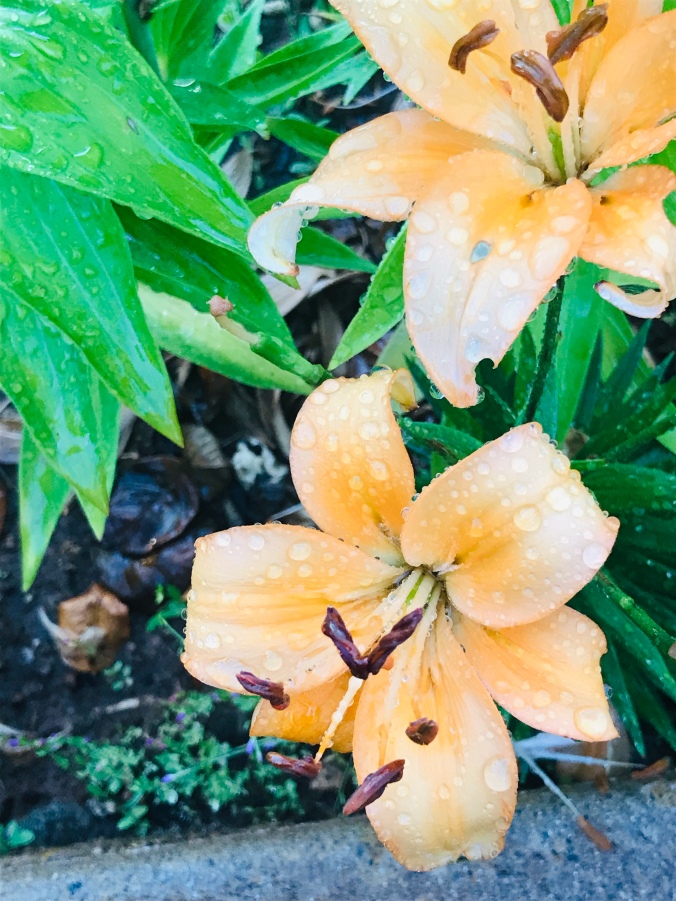 In other news, I went to pick up one of my kids and saw this 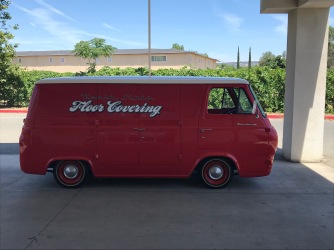 A Ford Econoline Van. That sure brought back memories. The year was 1977 and my first husband and I were traveling across country from Florida to California. I was so young I didn’t drive yet so he did it all. Just as we crossed into Ca on a foggy mountain pass he started hallucinating due to lack of sleep. We were almost killed by a semi but it was enough for him to get his shit together and keep driving. These were my hippie days and I was with him for seven years.  Several years later I met B and that is when this oddessy of 31 + years of a marriage began and is now ending.

One thing: B and I sat down to discuss splitting our assets. He told me he will not be going to try to get his father’s inheritance returned to him and that we will split everything 50-50. I hope this is the one thing he is telling the truth about but I am reluctant to believe him after these four years of lies. Frankly, I don’t know if he even knows how to tell the truth anymore. Yesterday, I told him that after he moves out that we should maybe have one night as family night where we all get together and eat but other than that I am no longer feeding him. He is trying to stay close to me and I know that it is not in my best interest. Last night I said I was going for a walk and he asked to join me. I told him NO and that I thought it would be best if I began to not rely on his presence so much and that he didn’t need to call me during the day anymore either. I think it will be for the best but it seems to be hard for him to do…too bad.

This is my latest piece of artwork that I did for my therapist. I tell you I am amazed how doing this allows my feelings to be felt and bypass the possible sting of my words. 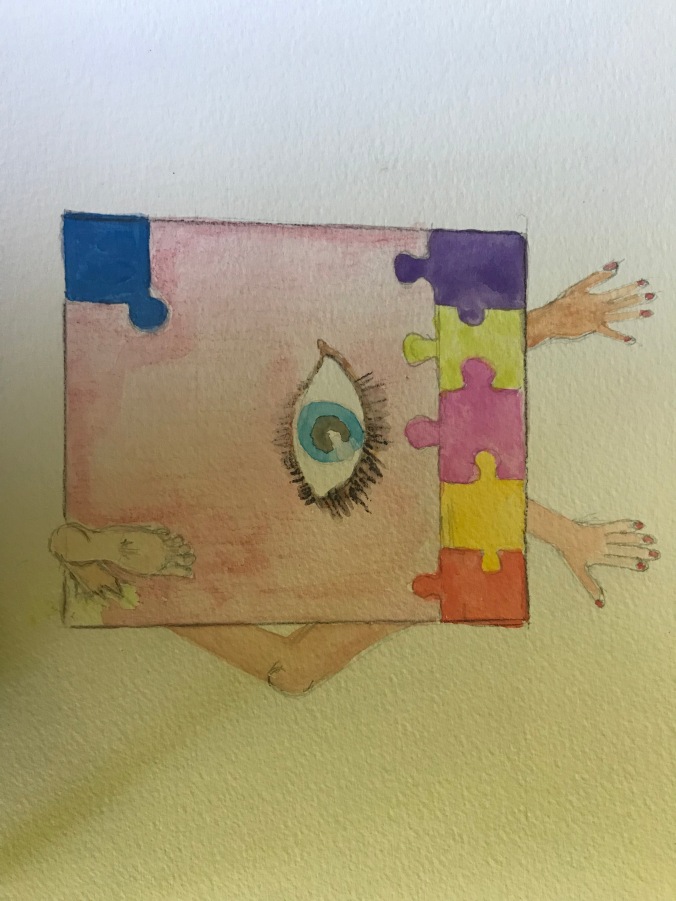 And this I call temptation

Well, that is it for today. Hope you have a great day filled with joy and many blessings.

So often in life we concentrate on what is wrong with us – the things we cannot do, our shortcomings and our foibles. We examine our “issues” so often that we can recite them in our sleep and as the list grows sometimes it feels like there is so much “wrong” that we don’t know what we can possibly do to change what we have told ourselves is “fact.” So what if today, we changed things up a bit and decided to concentrate on all that is “right” with us. How would that influence our beliefs about ourselves and make a “so-so” day into one that shines and puts little skip in our steps.

Here is my list for today in no particular order. I would love to see yours in the comments section.

Hopefully after making this list you too will see that there is so much good in and around you that when things become challenging you can whip out your list and give yourself a boost to face the coming day. We all have our gifts which need to be acknowledged and celebrated far more often than we do. In remembering what is good about ourselves we can offer it to others or wrap those things around our own selves like a blanket on a cold rainy day. For knowing ourselves gives us the ability to live freely so that what we do aligns with who we are. Amen! 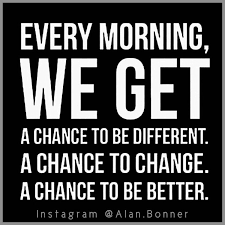