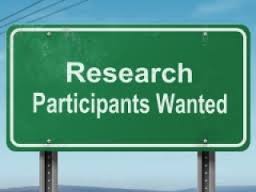 I just read another fascinating study out of the University of Chicago. Seems that within seconds, just by watching the gaze pattern of participants; researchers could determine whether romantic love or lust was in play. Incredibly, for both male and female subjects, eye-tracking of the face signaled that romantic love was in the air whereas those who fixated on the rest of the body were in it for the lust factor. Good information if you are looking for a mate but what about those who are already married?

On this week-end’s date with my hubby I decided to conduct my own research. The first hours of our date were spent in a movie theater so there was no information gathered there except that except that actor Josh Brolin seemed to want to get it on with Elizabeth Debicki who played Dr. Caroline Mackenzie in Everest. (Spoiler alert-they didn’t get it on nor did anyone else in this desperately sad and A-sexual movie)

Next we went to a local micro-brewery. There we spent time gazing into each other’s eyes and talking about mundane and inconsequential things. About half the time B spent looking at my face, another 1/4 of the time looking at this very shear new top that I was wearing and about 1/4 of the time he spent looking at a gravely sounding 65-year-old man who sang sad songs about drought and crops drying up which were what my panties were doing as I listened to the woes of farmers in the area. I couldn’t tell what part of the singers anatomy B was gazing at….should I be worried is my big question for the researchers?

What I also noticed was that from the bar I received five glances at my face before moving down to the new shirt, two gentlemen staring at my boobs, one woman who licked her lips at me and one man who kept looking at me as if to determine if I was a long-lost relative. I don’t have any idea what this all means except that just the thought of dating at my age scares the crap out of me and I don’t want to do it. EVER AGAIN. I also suspect that if this whole body/face gazing is what dating is about then I am doomed unless I skip the formalities and just blatantly stare at a man’s crotch….I wonder what researchers could determine from that?  And maybe, just maybe,  if I find myself single I might decide to become a research subject. Of course, I would only volunteer for the human sexuality studies…all for the sake of science.

Recently a new research paper came out that was absolutely fascinating to me. Psychologists at the University of Chicago did a study on people who were labeled “lonely” based on a specific set of scientific measurements/criteria. The study determined that people who are lonely have brains that operate differently from those not considered to be lonely. In fact, the electrical impulses of the brains of lonely people were faster and more severe when shown negative social cues.  Researchers interpret this to mean that lonely people are guarding, both consciously and subconsciously, against social threats. This encourages the brain to be hypervigilant against perceived threatening social situations as well as go into a type of self-preservation mode. This can then often lead to social situations in which the lonely person interprets the actions of others incorrectly.

So what does this mean, I wondered, for persons in marriages that are breaking down as well as individuals with autism or other social anxiety issues?

I have no idea and the study didn’t examine these issues but I wish they would.

In the case of the married couple usually by the time you reach the divorce stage both parties are lonely because things are not going well and they are no longer each other’s best friend. In fact, the therapist we are going to said that we no longer have a strong friendship. (That is a statement for another post at another time) So does this mean that as our relationship deteriorated and as our friendship with one another decreased that we begin to interpret that actions of each other incorrectly leading to further disintegration? And does it mean that in exchanges with one another we are primed to guard against our spouse once again leading to a greater marital discord and demise?

Same with individuals on the autism spectrum. As they already have issues reading social cues and are often left out and lonely does this mean that their ability to read social cues diminishes even further the lonelier they become? Could this explain why children on the spectrum tend to become more rigid and less outgoing as they age?

If all this does indeed apply to both marital and spectrum issues then one of the questions that needs to be asked is at what point in the relationship does this inaccurate interpretation begin? Is it after the first disappointment or after the 131st? And what are the preliminary warning signs that signal to a person that their loneliness is having detrimental effects on themselves and those around them?

Yep, I’m a science geek and love this kind of stuff