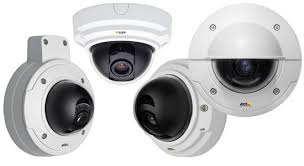 In the good old US of A we take for granted that our private conversations are just that…private. Sure we know (thanks to Edward Snowden) that our government spied on European Leaders such as Angela Merkel but as a whole somehow we believe that for the most part if we aren’t doing anything “wrong” our government will leave us alone. The sense of freedom we feel on a daily basis because of these beliefs is part of what we count on to live lives fairly free from worry and in a state of blessedness. That is the beauty of freedom. It provides opportunity, power, privilege and latitude based on our own accord.

I didn’t really realize how much this was missing in Tibet until I met a woman from Australia at our guest house. As we talked she cautioned us about asking questions that would put our guides in harms way. Seems all the tourist buses/cars were equipped with cameras and microphones to record our conversations and indeed when I sat down in our small 10 passenger bus there they were in plain view. They served as a visual warning that all we said and all we might do could have repercussions for both our driver/guide as well as ourselves. That is a sobering feeling for someone used to a sense of freedom that permeates her daily life. More sobering was the fact that I could be responsible for a native Tibetan spending time in jail if I inadvertently did something to put them at risk.

I was told by this woman that many of the people I would meet while in Tibet had been arrested by the Chinese government. That Tibetans were essentially forbidden to discuss the exiled Dalai Lama, the past uprisings against the Chinese as Tibetans tried to preserve and protect their culture/country and they were to hold their tongues about the current state of affairs in their occupied lands.

“Why don’t they fight back against those that they see as their oppressors?” I silently wondered.

There was an obvious answer of course. The Tibetans are a peaceful people who are outnumbered, have no weapons and as a result of Chinese re-settlement of native Chinese to the area; they are dwindling in numbers. But it was the not-so obvious answer that was the most compelling. Tibetans believe that due to the indiscretions of a past Dalai Lama that their nation is paying the price for his actions that occurred centuries ago. Karmic law evident and played out to the max. And so they wait. Believing that things may change or may not but it is their duty to pay the price of those that came before them. That this occupation that is distasteful/disrespectful and limiting to them is just the way it is and must be.

Another glaring difference in regards to personal freedom soon became evident as we traveled from place to place. This difference came in the form of check points. Sometimes we would get out at a check point while at others our guide would disembark to show our travel permits and passports. Often, we had to stop and wait for several minutes at the side of the road a mile before the checkpoint to ensure that we did not arrive too early. While the “official” version of these checkpoints were that they served to keep vehicles from going over the speed limit, hence the wait; in fact to me it felt as though the government was keeping track of where everyone was at all times and to ensure that people were not trying to escape over the mountains to distant lands or to incite action against Chinese authority.

It has been “interesting” ( a poor choice of word) to experience this lack of freedom; this silent and debilitating way of life for so many. I didn’t feel it in China as a whole because it is much less obvious than in Tibet. But for the natives of this mountainous land it must be wearying, disheartening, bleak and daunting to lose something so precious and so valuable. To live in fear of discovery because your thoughts do not match those of the official party line must be mournful to the soul and to have others determine if you can reach your full potential is distasteful to say the least. But most of all, for me, it is a silent reminder that those of us who “experience freedom” on a daily basis have an obligation to ensure this sense of opportunity for generations to come and when we see individuals who wish to limit the lives of others that we do our best to make sure that their rise to power is thwarted. I only hope that my fellow Americans recognize this when they take to the polls in the coming weeks.

One thought on “Spied Upon In Tibet”