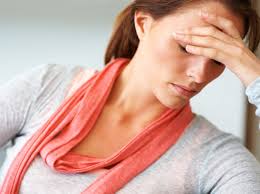 The other day I looked at something on Facebook that spoke volumes to be. It said:

Wow! Just wow! And I say this because that is EXACTLY what I have been thinking I have had to do to prove to B that I love him….and frankly that sucks.

Let me take you back.

About 15 years ago I had two work injuries within 2 weeks of each other and each concerned rescuing patients who were falling. As it turned out I had damage to my L1L2 and my C6 C7 with lots of muscle/soft tissue injury. I was even rated. I also developed Fibromyalgia. Eventually I opted out of my profession and went into a different one which was easier on my back and neck but even with that I was having some issues. It was only when I stopped working because we could financially afford for me to do that, that my back issues improved. I would work around the house, sit, work around the house, sit and do what I could as my injury allowed. My house was not perfect. My friends rated it a 6 on a scale of 1-10, not so messy that a bomb looked like it had been detonated but never clean/neat enough to make the cover of House Beautiful.

Unfortunately, my husband is a House Beautiful kind of guy.; nothing out of place, not a magazine in sight, not a dish in view and dog hair that magically walks itself to the trash can. He wishes that his wife would meet him at the door with a plate of steaming chocolate chip cookies and if the truth be told she would probably be wearing a French Maid Costume to boot. Hell, I wish I had that too especially if she wore thigh high black boots!

Ever since B mentioned D.I.V.O.R.C.E. I have attempted to and succeeded at improving what he feels is important in order for us to stay together (and he is trying to do the same according to the list of changes I presented to him…it is not a one way street) Anyway to meet his expectations I am not yelling (day 26 I think), I am exercising, and the house looks great because I am cleaning 4-6 hours a day. And frankly, I am pleased with the results…but at what cost? For the past three days I can barely move. My back is killing me and my neck can barely turn. And the PAIN. THE PAIN IS BRINGING TEARS TO MY EYES AND IS MAKING ME CRANKY. Sure I could live on pain pills but I have kids to drive here and there. And addiction is something I do not want to add to our gigantic list of issues.

And therein lies the problem. For years I have been fairly pain free because I have taken care of myself and made that a priority. And now it order to make B happy I am doing what he wants and expects which means that I am incurring an immense cost to myself in the form of severe pain. I am not happy with that trade off.

Now some of you would say, get a housekeeper to come in once a week and do the heavy stuff. Unfortunately, B believes that hiring a housekeeper is a sign of supreme laziness on my part and it will never happen. If your wife is at home there is no need for a housekeeper. Hell, if you are both working there is probably not a need for a house keeper in his mind. We have never had one even when we were both working two jobs. It it certainly doesn’t matter that you have an autistic son who believes that where ever a wrapper is removed it should fall, that dirtiness is next to Godliness, and that toilets should be able to flush themselves without human intervention. And it makes no difference that Andre is an episode in the making for Hoarders and he would be a Hoarder star if it wasn’t for the fact that we are constantly on him to clean up after himself which involves ME standing there the entire time making sure he does it while he whines, tantrums and manipulates.

And so I go back to the original quote:

I am not trying to force you into doing more around the house.

I am not lazy and I am not faking anything.

I am just trying to make myself as pain free as possible so I can function in a realistic way.

Please, I beg of you to just trust that I do what I can do at any particular moment in time and accept my limitations as real and true. Don’t make me prove to you how much pain I am in or how much pain I can endure. Believe me, I want to make your life easier. I want you to be as happy as possible as you can be in this relationship. And I would love to give you House Beautiful if I could. Just don’t force me to have to climb down into the pits of pain hell to prove my love to you because the further I go down that ladder the further it will be for you to bring me back up. 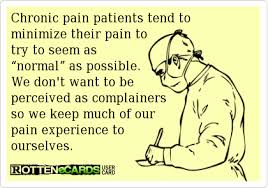