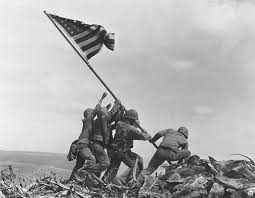 Last night I eyed the little old man sitting across from me in the Taco Bell. He was wearing a WWII veteran cap full of medals and although almost ancient he sat ramrod straight as if an officer might call him out for sloppy posture. In his hand was a Sudoku book and he was busy placing the numbers when he wasn’t looking around the place. Suddenly, he looked directly at me, his shiny blue eyes piercing my soul and gave me a smile that warmed my breaking heart. Then he went back to his game.

I had come to Taco Bell after sitting alone at a table in a restaurant waiting for my fellow book lovers to show up for our annual party and book exchange. As I waited tears would well up as I thought about the previous evening when B and I decided to divorce after I realized there was no hope that his feelings for me would ever change. I was devastated and contemplating life alone or, God forbid, someday dating.

Sitting there in a room full of strangers I felt more alone than I have in my entire life. Crazy thoughts of “my family would be better off without me than putting them through this ” circulated around in my brain, and although I knew I would never act upon them, tears leaked silently as I contemplated how my 30+ year marriage had reached such a gut-wrenching low. As I scanned the email to ensure I was at the right place I realized I was a week early and decided I needed to escape all the holiday merriment going on around me. That is how I ended up at the Taco Bell across the street.

I watched the old veteran for several minutes. He looked happy yet I felt a sense of loneliness cradling his well-worn soul. I decided to take a chance and invite myself to dinner. When I asked if I could join him he looked delighted. He introduced himself.

“Ken?” I asked, wishing that my soon-to-be hearing aids had arrived.

“No Kent,” came the reply. “Like Clark Kent, superhero, although I am afraid the red suit would look a little wrinkly at my age.”

Kent was 92. He had been married to Doris for 65 years and she had died four years ago. They used to come to Taco Bell and sit across from one another enjoying each other’s company while playing Sudoku. He missed her and the life they had built together.

“What is my purpose here?” he asked me soon after introductions were made. “I just want to know why I am still here and what am I supposed to do with the rest of my life. I have no clue.”

“Well, that is obvious,” I replied. “You are suppose to be sitting here eating dinner with a sad middle-aged woman and telling me the story of your life.”

And so he did. He spoke of being too young to join the war when the United States was attacked on December 7, 1941, and how two years later, on December 7, 1943, the principal of the school told all the young men that he would grant them their diplomas, a semester shy of graduation, if they would only go and serve their country. Being the good All-American boy that he was; Kent went and signed up that day.

When he went home to tell his father, a WWI veteran that he enlisted; his father told him that he would regret it, but he didn’t believe him until his first Christmas far away from home, with guns firing in the distance, with regrets that flew fast and furious like bullets around his head. On that wintry night narrowly escaping death he realized his old man was right after all. He just wanted to be home.

“When staring death in the eye, men act in three different ways. There are those who want to flee, those who cry, and those who pray. I was one of the later but if I am honest there were times I experienced all three as I fought in the Pacific,” he explained.

Kent still marveled at his first airplane ride and laughed as he re-counted his complete and utter embarrassment at getting air sick and throwing up in a hat in front of the pilot. He talked about endless days at sea and wondering if their big boat would be someone’s prize target. And he narrated the story of a fellow veteran who was in the Merchant Marine, whose ship was stopped by the Japanese, after delivering supplies to the troops. For an entire hour the enemy shined a light on the American boat until turning off the light and slipping into the night.

“Why didn’t they kill us?” his friend asked the commander.

“We were high in the water so they knew we didn’t have any supplies and they didn’t want to waste their ammo on us. They just wanted to give us a bit of a scare,” came the reply.

Eventually, Kent ended up in Saipan surrounded by water and the Japanese. He recalled how the enemy would slip into camp and night with a wire garrote and strangle an unsuspecting solider and how they learned to walk with their back to the huts so no one could attack them from behind. But by far the saddest day of the war for Kent was the day a plane load of soldiers were flying home soon after the war had ended. As the plane took off over the base personnel could hear the sputtering of the plane and watched as soldiers tried to parachute to safety only to hit the roofs of the buildings because there was not enough time for their chutes to open.  The ones who didn’t jump drown as the plane went down.

“A whole plane load of boys who had survived the war and were jubilant to be going home only to die as they were taking off. It never made sense to me,” Kent said with a far-away look in his eyes.

We spent two hours talking about the mundane: weather, walnuts (he was a farmer) and dogs and important topics like war and marriage.

When asked how he stayed married for 65  years he offered this advice:

“You wake up every morning, look in the mirror and tell yourself that come hell or high water, and am going to love this person no matter what. When you get to be my age you realize you just don’t remember those bad days but you do remember the good and the good far outnumber the bad anyway. Why hang onto bad feelings when you don’t have to?”

I told him my story. Married 30+ years, six kids, travel, building houses together and multiple moves to a man I had adored until he no longer adored me and did everything in his power to try to get me to leave. The night before, I had read him what he had written a year ago about how he loved to feel my touch and how much it meant to him. When I asked if he still felt that way he said, “No I don’t…. I’m just being honest”  which is his newest mantra. It was then I knew that it was time to end, what had been for the most part, the happiest years of my life with the person I adored most in the world. This veteran of marriage was being discharged.

“That husband of yours must be crazy,” Kent said quietly as he leaned forward and looked into my eyes. “Too bad he doesn’t realize that he’s got a good woman if she comes up and invites an old man to dinner. My wife used to do that too. Believe me when you are my age you are lonely and you appreciate someone taking the time to show you a little love and concern. But don’t worry, a nice good-looking gal like you will find love again. Just don’t waste your love on someone who doesn’t appreciate it.”

Sometimes it is amazing how God puts someone who we need right in our path when we need them which implants a beautiful facet of multi-colored lights within our soul.Yet, I have found that most of the time it is up to us to seek out for ourselves what it is that we need whether it be companionship, a safe haven or the quite assurance of a hug. For it is in the seeking that we find out what we truly need, that we become confident and brave, and it’s how we realize that we are never alone in this world even though it often feels that way.

Thank you Kent for being my guiding star last night. Your light helped to lead me out of the darkness into a world that is open to possibilities for this old broad. Your purpose in life seems fairly obvious to me…you are a beacon of hope offering your light to those that will take the time to listen.  I can hardly wait to see you next week when we meet for dinner again.  You truly are a great first “date” and you have given hope for the future.

7 thoughts on “Veterans of War”