I was talking with my therapist today. It was exhausting. Almost 60 years of life to look at…some of it not pretty but a lot of it brilliantly played and enjoyed.

After the three years of B’s affair and the “almost” demise of my marriage it has been difficult at times to believe that B has changed and that our life together is stronger too.  The doubts that plague me have swirled fast and furious especially in the first six months after the storm.  The calm surety I have been searching for has been more elusive and more difficult to trust when I see it. Sometimes it appears to me that my life is only an illusion and I am always checking to make sure what I see is real. That process is exhausting and life-robbing. It is not life affirming nor is it increasing my sense of stability.

As I come upon 11 months of “knowing” about the affair I do feel hope and real joy again. The anguish and pain are slowly diminishing. Parts of me have been re-born and parts re-shaped into a better part of my whole. I have grown, explored and examined parts of my life that I saved until “LATER.” Yet, conveniently, LATER never came… until the affair… when I was forced to pick up the pieces and try to rebuild myself and my marriage. And now, believe it or not, at times I am even thankful for B’s affair because it has allowed both of us to evolve and create something different within ourselves and within our relationship. We are rebuilding on something that resembles bedrock and our foundation is no longer sinking in quicksand.

Another tidbit. For years I have not dreamed. Not once. EVER. But in the last month I have had three vivid dreams about B and “the other woman.” All involved water. In the last one, right before I woke up, an image of a goddess came to me and she held her hand out and said, ” Stop looking, It will come to you if needed.” The imagine was vivid, profound and unlike anything I have ever expeirenced before. 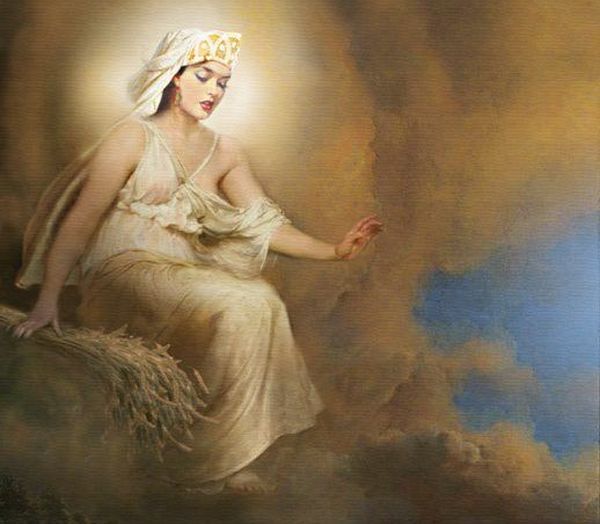 My therapist tells me this is a good thing. That my psyche is clearing things out and washing them away.

I have also been busy creating my therapist provoked artwork. A recent picture is of a bird’s nest filled with various objects along with the words: LEARN, REST and FAITH interwoven into it. She says these are important words for me to concentrate on.

“It is the essence of things hoped for and the evidence of things not seen. Can you see the wind? No? But you can see or hear the evidence of it in the sound of the wind chime or the rustling of the leaves. So REST in the hope that you have for your marriage and have FAITH in the evidence that you are seeing that things are changing for the better. Believe your goddess who is telling you to stop looking for trouble. and to believe that you can LEARN from your past, REST in the comfort of now, and have  FAITH in your future.

AND THEN SHE SAYS

“What if you get the stability you have been searching for your entire life? Will you see it and embrace it or will you run from it?”

GOOD QUESTION…AND FOR NOW…I DON’T HAVE AN ANSWER.

I would like to think that I have matured suffienctly to embrace all that has come and will come my way. Yet, at other times, I am just not sure. Sometimes I still want to just slide down the rabbit hole into another time and place.

Yet, no matter what I choose I know that I am strong enough and wise enough to handle it because I have lived through the worst year of my life and not just survived but thrived!