Throughout our lives we have roles we take on. Some have been forced upon us and some we take on willingly. Many of these roles we discard as time goes by, some we reinvent in a slightly different form, while some we seem to keep until the day we die. Somehow the latter seem to be the ones that we like the least and yet we retain them the longest.

This weekend was difficult for us. I think that when you are over 50 and going through a “maybe divorce” that one of the biggest issues is the discarding of roles and the discovery of new slots out of which you are now going to behave. After operating from one set of expectations for thirty years it is difficult to recognize and accept new patterns of doing things and unfamiliar ways of thinking. Years of acting one way are difficult to channel into something else and difficult for “the other” to accept. 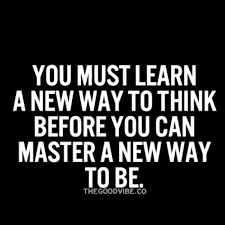 I know that in your 50’s it is suppose to be a time of gains. Money, richer relationships, second homes, etc. For me, it feels like a time of discarding stuff including those parts of myself I no longer need or wish to operate from. As I take out this “stuff” I am forced to really look at it and contemplate whether it is of value to me anymore. As a result, I am feeling lighter and freer than I ever have before. But that doesn’t mean it is easy especially for the other person involved. Honesty, in the form of being true to myself, has moved to the forefront of my life which at times hurts B. And while I dislike seeing B feeling uncomfortable and knowing that I have caused his discomfort; at this point in my life I am not sure that I care anymore as long as I know that the truth of who I am…who he is…will make things better in the long run. But what exactly is BETTER? What does that mean?

I guess I won’t know the definition of BETTER until we reach the end of whatever all this is. And I’m okay with that because either way whatever changes I have made I suspect will have led me to a more authentic me. 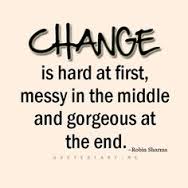 And this relationship? It will either be or it won’t but in the end I will be all that I have envisioned and right now that is what feels important.