Today after a wonderful day in the Florida Keys I arrived back at the hotel and saw my sweet grand babies. My daughter, Noele, drove 10 hours with a three-year-old and an almost two-year-old in the back of her car. She endured much crying, fighting, and a MAJOR puking incident just so she could see us again. Somehow, with all the mistakes we made as parents she turned out just right despite our good intentions. How that happened I will never know.

From the time she was a tween this mother/daughter team could always find something to argue about. Things like… which side of the toast is the correct side to butter, whether being a strict vegan was taking things to the extreme, and if boys were allowed to be in her room. Much to my dismay while I knew I loved her deeply, I didn’t like her  much and our relationship didn’t match the Brady Bunch ideal swimming around in my head.  I would see mothers (Carol) and daughters (Marcia) walking the malls together and it would pull at my heart. Seeing teens and their mothers enjoying a movie together hurt like hell. And those mothers who ran the Booster Club with their kids helping along side them…I knew it was never going to happen.

B hunkered down. As a man who avoids conflict at all costs, having two of the women he loved most in the world living in a war zone with him serving as a NATO soldier trying to broker a peace deal was not an easy task. He never could understand all the slammed doors and word grenades being flung from one side of the house to the other and he visibly cringed when skirmishes erupted. 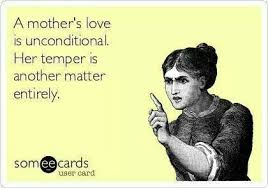 When Noele was fifteen I never envisioned that we would have any sort of relationship until she kicked my casket into the ground. In fact, my biggest hope was that she would graduate early so she could move out of the house sooner and after a year away as an international exchange student, she returned home more stubborn and determined to ignore anything thing we had to say. And who could blame her? She tasted freedom for a year and wanted even more. The parental role I once relished became a nightmare and a battle of wills ensued in which both of us suffered heavy losses. Recovery seemed remote.

But then it happened. One day she grew up and into her own woman. It took a while and a first child for that to happen. The birth of my granddaughter brought several miracles along with her. No longer at odds with each other our commonalities soon surfaced and within those we found mutual respect and a deep well filled with love that was once bone dry.

These days we live at opposite ends of the country. We SKYPE almost daily so we can share tidbits of our daily lives and so that her kids “know” their Grammy and Papa. Noele willingly comes and takes care of her own children plus her brothers and sister so B and I can travel to far-flung places. I can’t imagine someone I would rather invest in a friendship with than my daughter. She values family, is generous with her time and is a good all-around person who has made me proud.

Tomorrow I will wake up with little ones running into my arms again. Squishy hugs and wet kisses will fill my day. We will squirm together, laugh together, and make real- life memories together. And its all because of her…my daughter…a once formidable foe who is now one of my best friends.