So about a month and 1/2 ago I told B that I could not move with him or our children if he was still in love with HER. I told him I was tired of his ever-so-quiet pining for her and that I was done and leaving if that was the way it was going to be. I was tired of being silently compared and tired of

AND FOR HEAVEN SAKES NEVER SAY AGAIN THAT SHE WAS A GOOD WOMAN like he said when the affair was discovered. As I told him, “Good women don’t try to take another woman’s husband. Period. A good woman doesn’t try to remove a man from a family of children whose special needs are significant. A good woman doesn’t take $20,000 from a man who has a family.”

A good woman? Well, I could go on and on about what a good woman is and isn’t.

And so my words were like a slap. I told him that I thought he should go to Vietnam and see what in the hell he wanted. I also said I would most likely not be here when he returned.

“I bought you a ticket. You leave on Friday.”

Later that day, we took all this to the therapist who told B that this fantasy he has lived was only that…just a fantasy and that he was going to lose the things he loved most…me and his children if he continued to put HER on a pedestal and ignore the goodness that was right in front of him. I think it shook him to the core.

That evening, he cried and apologized for all the pain that he has caused. He admitted that he was being stubborn and wrong and that he loved me, not her, to which I said well you had better start showing it…and he has. It is like the blinders are off and he is seeing me for me and not who he needed to see me as so he could conduct his affair. For the past 6 weeks we have been so much closer and he acts like I am his one and only, is being honest in all those little ways that count, and is stepping up to the plate to really work on himself and our marriage.

Last week I decided that I would move with him. I am happy with this decision. I was deeply in love with this man for almost 30 years until his affair started three years ago and he changed into someone unrecognizable. I am not going into this blind. I know that there is still a lot of work to do. I know that moving away does not solve all your problems. I know that moving with children is a major stressor and that our lives might implode.  I am aware of all of this and yet, I have made the decision to go with him because I do still love him. Always have.  Always will. But most of all, I love myself again. And…I also know this:

“Fool me once, shame on YOU. Fool me twice shame on me.” 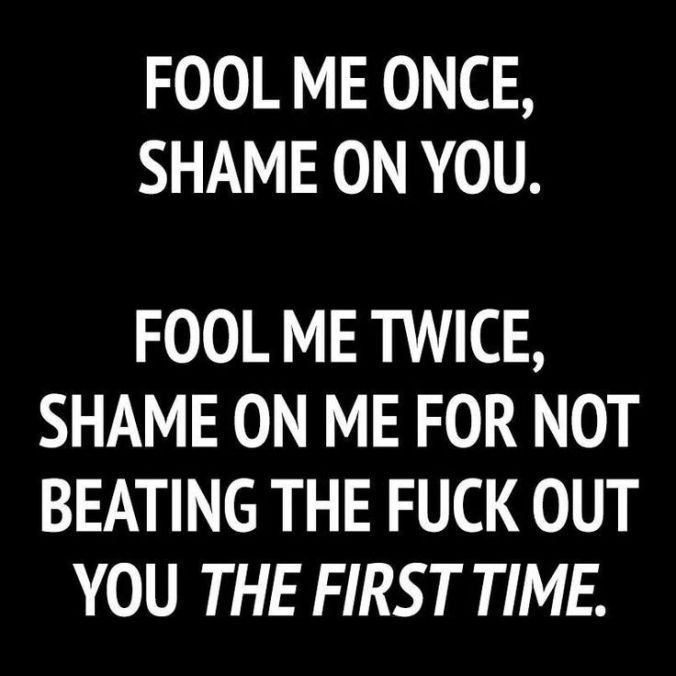 B’s affair was horrid. Awful and he destroyed a part of myself that still needs for me to build it back up into something so strong it can never be leveled again…YES, ME…because I allowed myself to let go of who I was in an attempt to please him. My therapist believes I will never do that again. I believe so too.

So, while the affair and its aftermath has been the most painful thing I have ever experienced I am looking at it in this way…it was the first and only affair he has had in over 30 +years. He deserves another chance. As I do. As does our marriage and our children. And so we are giving that chance to each other and our family.

Will he contact her again or have another affair? I truly believe not because of all the devastation that his affair has left behind. He lost just about everything because of it including his health. And if it ever happens again I will take action immediately and leave. My therapist believes this to be true because I have found myself again and plan on never letting go of who I am in an attempt to please him. Another affair will not be tolerated. Period.

So…he goes. I am jumping off the deep end but this time I am holding his hand as I do it. If he let’s go, I will survive, but if we continue to keep our fingers intertwined I think we will have something to hold on to for the next 30 years.