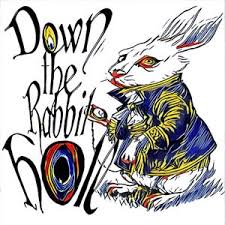 “Fool me once, shame on you.

Fool me twice, shame on me.”

We are just about ready to close on our new house. We are packing boxes for the move. B is acting like the man I used to know…loving, taking my hand, looking into my eyes, telling me he loves me numerous times a day. I feel like a school girl again. Life is good. Until Tuesday.

At 7 am B walks downstairs and tells me he has not been feeling good since Friday. He needs to go to the doctor. Oh, and he feels guilty that I went for HIV test after finding out about his three year affair with our tour guide in Vietnam and he will get tested just in case.  Oh and he has something on his dick.

“So did the doctor look at your dick?”

“NO, I didn’t show it to him, He just ordered panels.”

“Okay, that makes no sense. Why would you go and worry you have something but not show it to him?”

Let me look. I see nothing. My antenna are now a mile high in the sky. Well, actually they were when he told me he was going to the doctor in the weird way he did so. That is just not like him.

On Wednesday morning he has had night sweats for three days and is up at 2 am. He is frantic. He tells me he is feeling really ill and has been sick for days and lost 6 pounds yesterday. He needs to go to the ER now. The man is out of his mind kind of frantic. Crazy nuts kind of frantic. Weird. As he is about to leave he grabs my hand and says:

“I think I caught something. While you took our son to a specialist on Friday (he fractured a bone Thursday) I went to a massage parlor and had unprotected sex. I swear I have never done  anything like that before. That is why I have been avoiding you sexually. I think I caught something and don’t want to give it to you.” (He is still waiting for those Brownie points!)

And off he goes.

That morning I hired an attorney. I am filing for divorce. I also asked the court to step in and oversee a large sum of money that is coming our way the last day of the month. I have to protect our family and make sure that he won’t get the money and skip town to Vietnam with all of it, leaving me unable to care for our kids. Do I think he would do that? NO. Am I sure? NO. I don’t know anything anymore. I can’t believe anything anymore. I have been living an illusion for these past many years. I also wonder if he is suffering from mental illness that runs in his family.

He, of course, is down on one knee begging for forgiveness. Trying to get me to move  with him while he “works on himself.” He is currently at a Catholic church praying for God to help him. He keeps sending me articles like “Five Reasons Christians Fail to Overcome Lust.” (Maybe the problem is you are not a Christian or you are trying to act like something you are not?)

Meanwhile, I flew to New York yesterday to clear my head and be with my son. I am trying to practice compassion for myself, love myself and just be kind to myself. I have had three years of chaos and I just want the freedom to grieve, take it easy and let someone take care of me for a change.

Our children who live at home are unaware of what is going on at this point. I am:

and wondering how I will ever be able to trust again.

I am trying not to be angry or bitter as It will only hurt me in the end. BUT…

my dreams have been thrown down the rabbit hole again but this time there is no soft landing. I am bruised and broken but somehow I will survive.

7 thoughts on “Shame On Me”