I could write something profound and meaningful about the question of who are you and what do you stand for. Always an important question in my book but one I will leave for others to debate. Today, I want to ask you the questions in regards to art. Precisely, designing your own coat of arms.

Several weeks ago I wrote about how my therapist has been encouraging me to paint. I am not good at it but I am finding that it is getting those “after his affair/almost divorce” feelings exposed in a way that is finally helping me to examine them and let them go. Who knew? 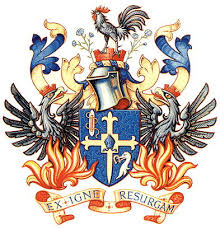 This week I decided to take on a new project. I am designing my own coat of arms. I was inspired to do so, believe it or not, because of Meghan Markel and her now husband, Prince Harry. Seems that when they married they needed to have a coat of arms designed for their household. A big task to say the least. It is said that Meghan took great pains to make sure that emblem represented who she is and where she came from. As such, California figured predominately. First, she incorporated the state’s flower, the California poppy. In addition, the blue background on the shield represents the Pacific Ocean and the yellow rays across it come from “The Sunshine State” logo.  She also acknowledged her own power of communication through the open beak of the song bird and the quill. 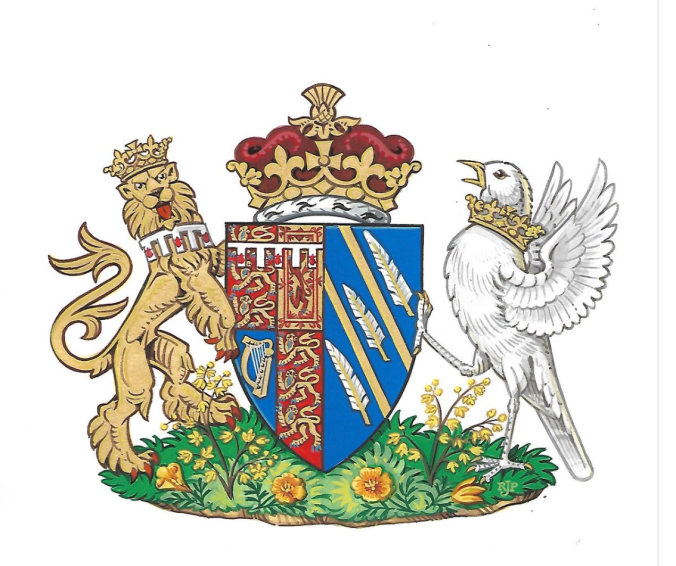 In designing my own pennon, I have looked hard at myself. Who am I? What do I believe? What do I love? What represents my authentic self? And for the past week I have been designing my crest.  I am not ready to share yet but I will share with you some of the symbolism that I have incorporated.

Needless to say, designing this coat of arms has been an interesting process. It has helped me clarify some things and made me look hard at what I value. Further, I have tried to approach this design as my 26th Grandfather must have approached his. Seven hundred years later his crest still stands embedded within the doorway outside of his castle reminding all that enter what his life stood for. I want my coat of arms to be the same… a testament to my great-grandchildren of just who I was and what I stood for. 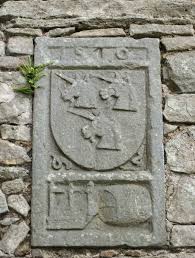 My 26th Great Grandfather’s Coat Of Arms At Craigmillar Castle

One thought on “Who Are You And What Do You Stand For?”